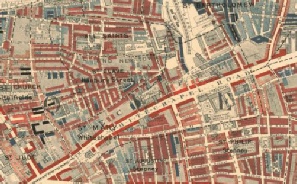 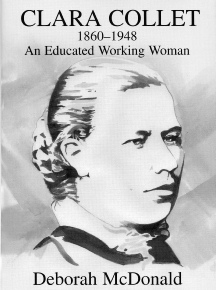 By 1893 with her appointment as Labour Correspondent at the Board of Trade, Collet received the opportunity to be able to influence parliament through the various reports she compiled on women's labour. Her work resulted in improvements being made in the field of women's work. This offer of employment in an area hitherto not entered by a woman came about through Collet's own efforts to gain experience in the field of statistical research.

Her experience was gained initially through her involvement in Charles Booth's great investigative work, The Life and Labour of the People of London (1889) in which she contributed a long chapter entitled "Women's Work". She was also involved in Balfour's Battersea Enquiry (1889) collecting statistics there. Still working with Booth, Collet undertook a survey on the degree of poverty at Ashby de la Zouch workhouse. This was published as part of Booth's campaign for an old age pension.

In 1891, Collet gathered information for a sizeable survey entitled, "Women's Work at Leeds', which was published in The Economic Journal. The following year a Royal Commission was set up to conduct the first large-scale investigation into labour. Collet was selected as one of the four Women Assistant Commissioners and her remit was to investigate women's work at different places around the country. It was probably as a result of her splendid report for the Royal Commission that Collet was offered her position with the Board of Trade in 1893. She had been given the opportunity to influence conditions of work for women -- a unique chance for a woman at that time.

Collet's own style of working was that of pragmatist. She did not believe that the method employed by the more radical feminists was the way to improve the situation for women. She was far subtler; for how could she fail to advance the cause of women when those in power perceived her as such a capable, intelligent person. For if she was able to do such a job so brilliantly, they must have had to revise their opinions about women in general.

Over the thirty odd years that Collet worked for the Board of Trade (which in 1917 became The Labour Department), she was involved in a variety of important investigations greatly influencing reforms made regarding conditions of work for women. In 1906 she wrote a report to the Earnings and Hours Enquiry; in 1908 she worked with James Ramsay MacDonald over the "Sweated Industry Bill; in the same year she also gave evidence to the Fair Wages Committee. In 1909 she spoke up to change the Labour Exchange Act in order to improve the provision for women within that bill. She was involved with the Trade Boards Act, designed to improve the wages of "sweaters," many of whom were, of course, women. In 1917, Collet was involved with the Beveridge Reconstruction Committee and able to directly influence the situation of woman at the end of the First World War, which had, if nothing else, given many women the opportunity to prove that they were as capable as men in the workplace. She fought to maintain many of these improvements when the war ended.

Although Collet retired officially from the Civil Service in 1920 she continued to sit on the Trade Boards that were convened in order to investigate the rates of pay in various industries. Clara Collet was, then, "The expert on Women's Work' around the turn of the century. Her statistics are still available today to anyone wishing to use them to do their own investigation into that era.

Clara Collet and her contribution to “Women’s Work”