When Clara was a girl, her father was the editor of The Free Press: A Diplomatic Review. The ethos of this journal was the opposite to that of most others. It was a paper without principles and with no predetermined views. In the words of its editor, it had, "neither opinions on politics nor predilections for men. Its only maxim is that "The State can be monitored only by the highest justice."

Naturally a journal with such a radical outlook was bound to attract liberal and revolutionary thinkers. Karl Marx must have read this editorial with interest and in order to supplement his very meagre income, began to write articles for inclusion in the journal. As a result of this association, Marx and Mr Collet became good friends. Despite their differences politically, for Collet was a firm liberal, they found they had much in common, not least of all an interest in the theatre.

The Collet family and the Marx family often visited each other, and Collet's memory of the Marx's house was of a "room full of people all talking French at the top of their voices” most of whom were refugees from the crisis after the Paris Commune. Her mother and elder sister remembered one occasion when a Frenchman told them that in the event of a revolution everyone in the room was under the sentence of death -- presumably he excluded himself from the sentiment.

"Since August 1877 the Dogberry Club has been established.” -- so noted Clara in her diary. This was a club dedicated to play reading and other thespian activities all relating to Shakespeare. The name was taken from Shakespeare's play Much Ado About Nothing in which Mr Dogberry was a pompous, egotistical constable. The members consisted of the two families and several other friends.

Clara Collet and Karl Marx's daughter, Eleanor, had become friends in about 1870. At the time Clara was almost 10 and Eleanor or Tussy, as she was known to her friends, was 14. There was certainly an element of hero worship on the part of Collet at the time of their first meeting at Clara's family home in Hornsey Lane, Crouch End, London. Collet remembered that Tussy was wearing a "frock of blue merino trimmed with white swan's down”. Karl Marx, the older members of his family and the Collet family were engaged in an early play reading session and whilst they were busy downstairs Clara and Tussy made themselves at home throughout the entire upper rooms of the house.

Eleanor was certainly a striking young woman. According to Marian Comyn, another member of the Dogberry Club, Eleanor was, "Not really beautiful, but she somehow gave the impression of beauty by reason of her sparkling eyes, her bright colouring, her dark locky masses of hair" and also her ebullient personality. Clara, by contrast, had more dainty features with slightly hooded eyelids, full lips and a high forehead from which she had her hair pulled severely back and tied into a tightly plaited bun. She had a quieter personality although was more serious and emotionally solid than her more flighty friend.

The Dogberry Club was formed some 7 years after the girls' initial meeting. The meetings were to be held twice a month at different members’ houses although they were most frequently held at the Marxs'. Clara attended regularly during the following year after which she left London for Leicester at the commencement of her employment as a teacher.

Karl Marx would often sit and watch the proceedings although he did not actually read a part himself. He provided the occasion with an ideal audience as he never criticised and thoroughly enjoyed the occasions entering into any humorous situations with full enthusiasm, often laughing until the tears ran down his face. His friend Frederic Engels would often join him in the merriment. At the end of the evening the company would play games such as charades in which Marx would enter into the full spirit of the occasion. (Marian Comyn, "My Recollections of Karl Marx," The Nineteenth Century and After 91 (Jan 1922): 161-169.)

Clara was very taken by the elderly Marx. She found him to be a very amiable and pleasant man, always willing to put himself out to help her, a mere girl, in her homework or to engage in lively debate over some Shakespearian point or other. She was never, however, to agree with his ideas of reform by revolution. Collet's was a far more pragmatic approach to the problems of society -- striving for change through slower economic measures and it was this change that she so successfully set out to achieve in her later work for the Civil Service.

Karl Marx died in 1883 whilst Clara was still in Leicester. Unfortunately, during her time away, a strange rift occurred in the relationship between Tussy and Clara. This may have been as a result of Eleanor's openly living with Edward Aveling whom Clara did not like. However, to have disapproved of this liaison purely on moral grounds seems to be inconsistent with Clara's future attitude towards her friend George Gissing's relationship with his live-in partner.

Eleanor and Clara met only once more before Eleanor's tragic death. In 1885 they accidentally bumped into each other outside the British Library. They made friends and Tussy begged Clara to visit her. Clara explained that she could not do that and explained her reasons (which unfortunately she did not explain in her diary). Eleanor was rather embarrassed as this apparent rebuttal, becoming somewhat red in the face as a result. However, Collet was quick to point out that she did not blame her for the situation and told her that she still cared for her steadfastly and made her promise that if ever Tussy needed help she must contact her straight away.

Could Collet already perceive that Tussy's relationship with Aveling was anything but stable? Poor Eleanor was to suffer dreadfully whilst Aveling had several relationships with other women, culminating in his announcement that he had married one of them secretly although he remained living with Eleanor. Aveling had also been suffering from serious ill health and one morning in 1898 the two argued for the last time. Edward was taking a trip to London, possibly to visit his new wife. Understandably, Eleanor did not want him to go. Apart from anything she was worn to a frazzle with nursing him and she felt he was not yet well enough to leave home. He ignored her advice and departed on his journey. Eleanor sent her maid to the chemist to purchase a bottle of Prussic Acid that she proceeded to ingest. Death from Prussic Acid poisoning is quick but excruciating. Within seconds the symptoms appear. Difficulty with breathing and convulsions are followed by muscular paralysis and death. The smell of bitter almonds exudes from the body after the death. It is not a drug commonly chosen for suicide. 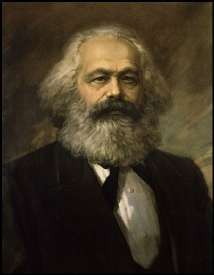